The last time I had Pei Wei was around 2 years ago. I had been dining there for a couple years since living in San Antonio, and the quality seemed to have dropped over the course of around 6 months until a final straw was broken after a horrible order when our order was over-sauced and the vegetables were overcooked. You know the sight. This is if you threw in a bunch of food in a wok, and just kept layering on sauce until it reduced to nothing because you were not paying attention, and then threw on some more sauce. It was so bad that night, we stopped going, preferring a local Chinese restaurant closer to my house.

I joined twitter in February. I didn’t really know how to use it, and kind of just search through feeds to see what is going on. One day in April, I saw Pei Wei had posted something to which another person had replied (I think it was something to do with their service). I added my opinion, compacting my experience in 140 characters or less, to which Pei Wei actually tweeted back to me.

After exchanging some contact information, they asked me to explain my exact issues to which I said forget about it, it was long ago and I was lost as a customer. My time is too valuable to explain a tweet.

In the mail around a week later, I received the $30 in gift cards to try out Pei Wei again, which was pretty cool. We decided to order a family meal this past week, and I wanted to share the results.

We ordered the Kung Pao Chicken, Mongolian Steak, and the Korean Spicey Chicken. 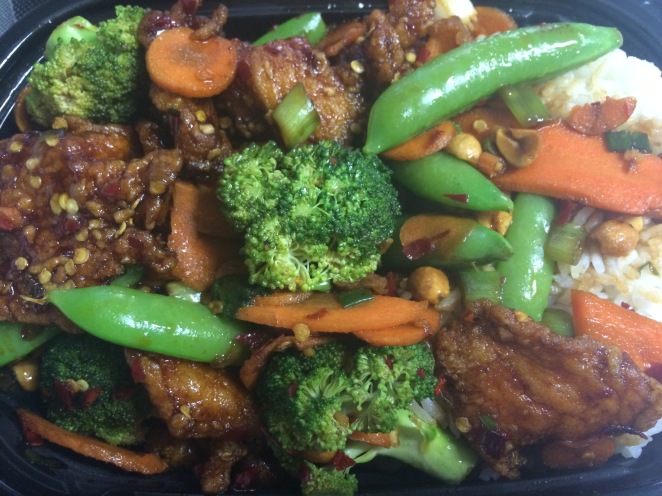 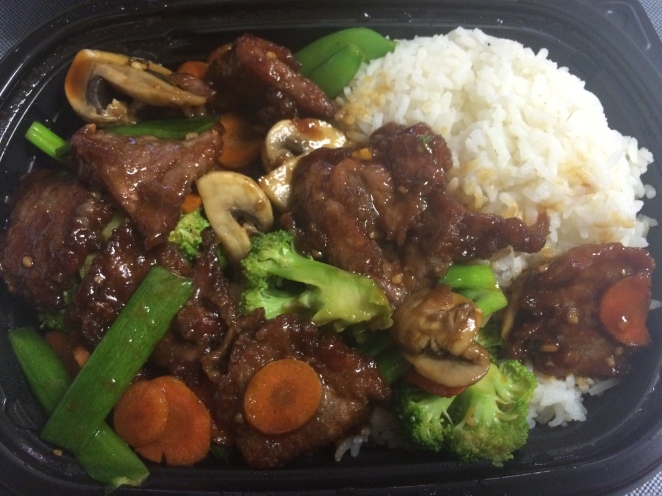 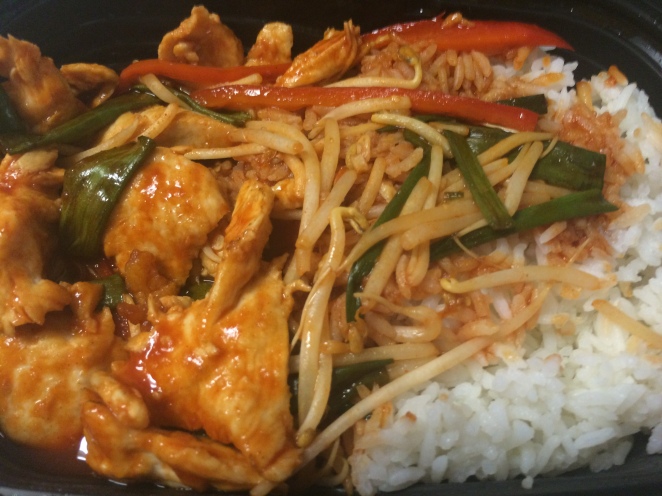 So how was it? It was pretty tasty. The sauces were just about right this time, and I was especially surprised by the new Korean dish (limited time offer). It had just enough of a little kick to it. The vegetables all in all were not overcooked. Blended on one plate, each of the dishes complimented each other, and unlike the last time I went, I ate all the food off my plate.

Pei Wei just won me back as a customer.

With around 200 locations in the US, you can find Pei Wei in many cities. As a fun fact, I learned that Pei Wei is a fast casual offshoot of P.F. Changs, a restaurant I enjoy eating at.

For the price (total a little under $30) it was a decent value for 3 dishes and exactly comparable to the Chinese restaurant we have been ordering takeout the last couple years at. The service was fast, being ready for pickup in around 20 minutes.