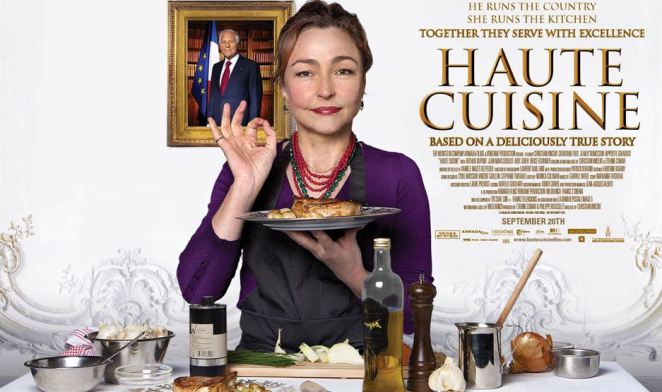 Currently streaming on Netflix, the story of Haute Cuisine answers the age old question of what happens when a country bumpkin chef who strives for the very best is thrust into the high visibility position as the personal chef of the country’s most powerful man. What you get is a foodie coming of age story that is coincidently enough told in mysterious flashback.

The story begins with her in Antartica and story dangles intrigue in the promise of answering a question.

After 90 minutes, the question is answered but to be honest, is a bit of a let down.

Was this only based on a true story?

The riddle is confusing when you pay attention the penultimate scene in the movie, which begs the audience to decide for themselves.

Were some things left out?

Was it all about the food?

With the true money shots of the film showing the close ups of the food, I would surmise it was the choice of the director and screenwriter to focus on the Haute Cuisine.

Be warned, the movie is French, so you’ll have to get your glasses on to read all the subtitles.